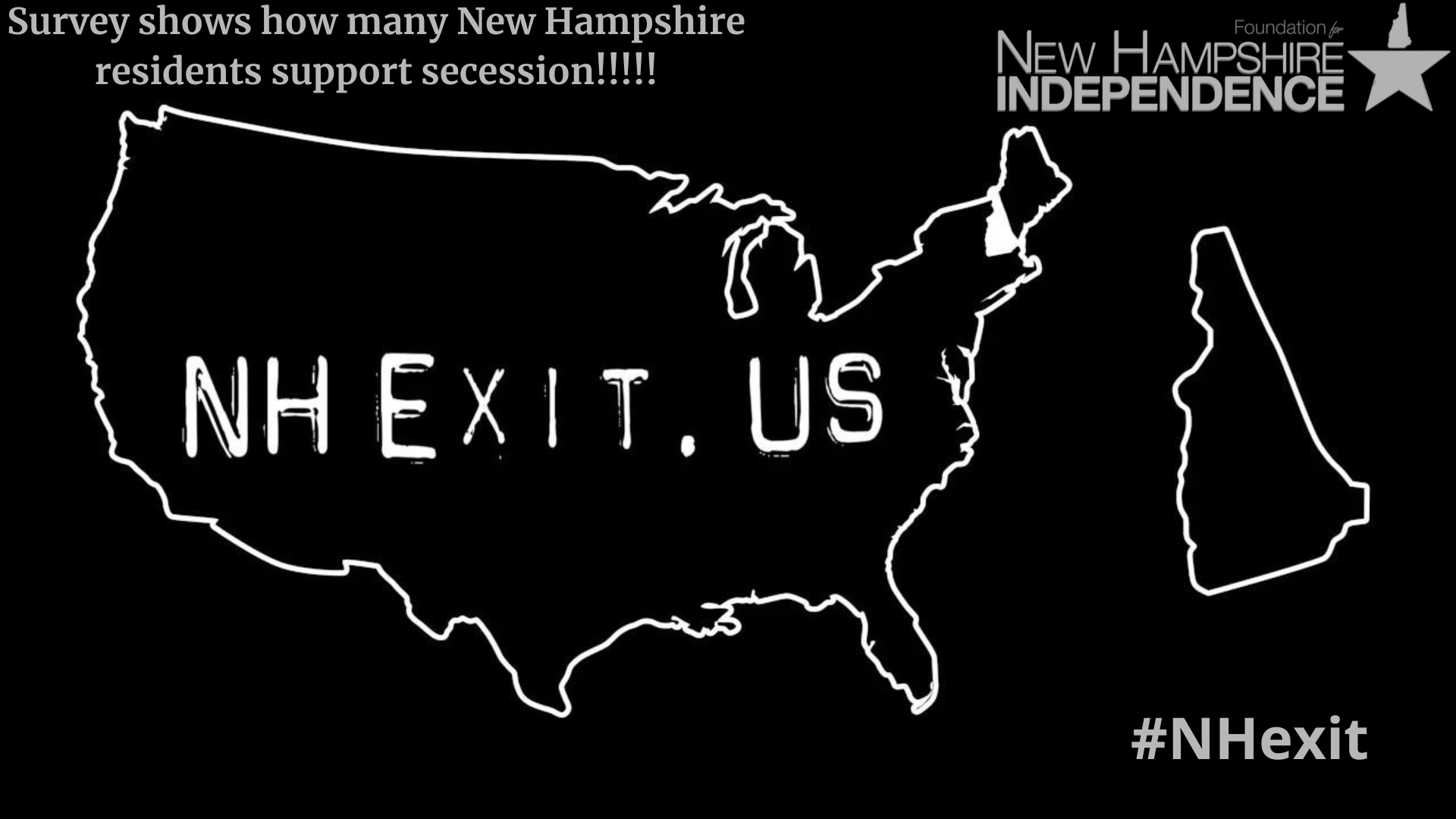 The poll was conducted by Survey USA, a well-respected pollster. The two dozen questions provided the New Hampshire progressive with a wealth of information explaining this state’s horrible condition, which is growing frighteningly close to anarchy. Here are some of the answers that demonstrate that the union is being torn apart, and that this destruction is being led by New Hampshire libertarians, who are now the largest cohort in the state:

Only 42% think that New Hampshire should have to obey federal gun laws.

Only 38% think that New Hampshire should have to obey federal business laws.

Only 27% think that the federal government protects our rights more than they violate our rights.

Only 24% trust the federal government more than the state government (which is totally controlled by libertarian Republicans in all 4 branches.

Only 23% feel that federal policy is compatible with New Hampshire’s ‘culture of freedom’.

91% said the union is growing more divided on all of the most important issues.

89% said that political violence (civil war) is inevitable if the union isn’t dissolved.

Only 3% think that the federal government should use the military to stop secession.

When asked if they would donate their own money to the pro-independence cause, only 65% said that they would not donate any money.

If you’re anything like me, this survey’s results have shocked you to your core. We can and should grieve for the loss of our beautiful country. All signs point towards the dissolution of the union, and there is no putting this genie back in the bottle. The union’s days are numbered, and I think that progressives would be wise to leave New Hampshire and begin building a new life in a more welcoming state – maybe one that would remain in the union or at least protect the rights most important to progressives. If the union must be dissolved, let’s hope that the divorce could be peaceful and that everyone can end up in a state that aligns with their values. Maybe we can all stay friends once we have some space.