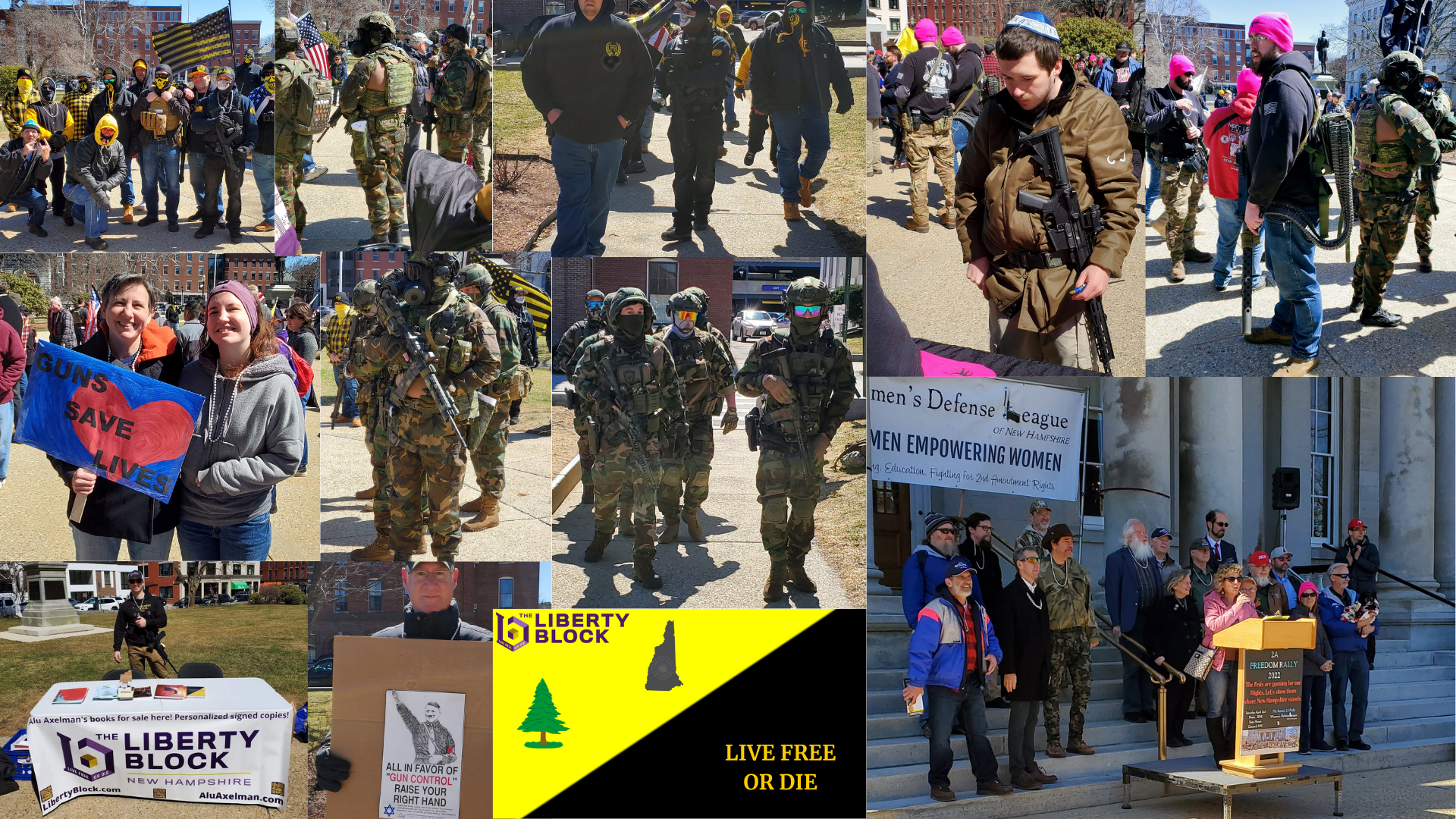 On Saturday, April 2nd, around 100-200 gun rights activists showed up at the state’s capital to rally in support of the right to keep and bear arms. Organized by the Women’s Defense League of New Hampshire, the annual pro-gun rally is a popular event in New Hampshire. While there are surely gun rights rallies in all 50 states, two major things set the ‘live free or die’ state apart from the others.

Around two dozen elected State Representatives attended the rally, and dozens more regularly attend radical pro-freedom and anti-government events in New Hampshire. And it isn’t just a fringe portion of the Republicans. Members of House leadership up to and including the House Majority Leader and Speaker of the House attend these sorts of events. Yesterday, House Majority Whip Jeanine Notter came to the rally from Merrimack and spoke to the crowd in support of ‘freedom’. At least 16 other legislators could be seen in the photo with her at the event, including some relatively high-profile Representatives. All of them are Republican.

The other major difference between New Hampshire’s gun rallies and the ones in the other 49 states is the bold display of military-style guns and gear. At yesterday’s event, dozens of people showed up with AR-15s, most of which were loaded with real ammunition. Dozens more were openly carrying pistols. “There were around 50 ARs, around 50 pistols, and a guy walking around with what appeared to be a belt-fed machine gun, which I admit I have not seen before.”, said Alu Axelman, editor-in-chief of LibertyBlock.com. A few dozen activists were decked out in full military gear, including body armor, as well. There may be no other state whose gun rallies feature so many right-wing militia types. Although Axelman was there selling his various books about liberty, voluntaryism, and secession, he carried a loaded AR-15 and a loaded Glock 19 during the whole rally, he told the PSP.

The rally also served as somewhat of a celebration of killing all of the Democrats’ recently proposed common-sense gun control legislation. Among the bills that House Republicans killed in Concord over the past weeks were proposals to prohibit openly carrying firearms at protests and at polling places. Republicans also passed bills that would legalize carrying loaded guns on ATVs and snowmobiles and prohibit state and local cops from enforcing any federal gun control.

Please tell me that this is parody.