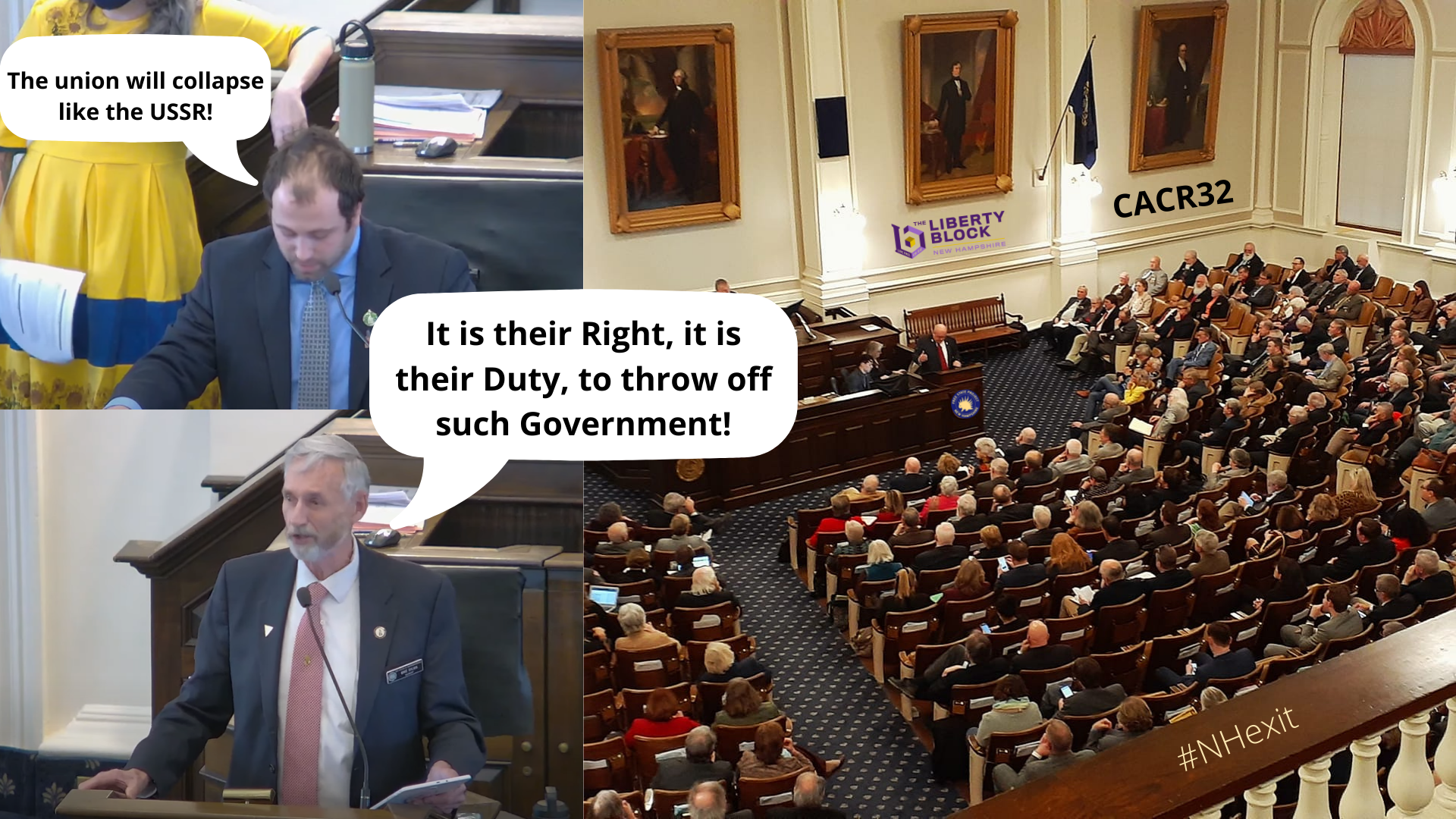 On Thursday, the New Hampshire legislature seriously considered articles of secession. Legislation sponsored in November by nine Republican Representatives sought to remove the state from the union and make it into a totally independent country. The January public hearing in the House for CACR32 was filled with citizens who supported secession, and only one citizen spoke against the bill.

Over the following few weeks, a progressive Republican moderate showed great courage when he continually reminded the legislators that any support for CACR32 could lead to charges of treason, sedition, or insurrection. The President of the Foundation for New Hampshire Independence asked if Deshaies or any other legislator would be willing to have a public debate on secession, but no legislator has been willing to legitimize the libertarian Axelman by debating him publicly.

Due to Deshaies’ harsh threats against the committee members, all of them unanimously voted to recommend that the full House kill CACR32.

By March 10th when the full House considered the legislation, all of the legislators knew that voting for the bill could cause them to be expelled from the legislature or even charged criminally. Deshaies bravely stood on the House floor and delivered a speech that garnered great applause from the Democrat Representatives. A few radical libertarian legislators spoke in favor of Independence from the union, referring to those in DC as ‘tyrants’ for over 90 reasons. When it came time for the 400-member body to vote to kill the dangerous bill, only 323 voted for the motion.

Since the disturbing vote, Democrats in New Hampshire have been panicking and scrambling for a plan to restore sanity to our once progressive state. They are overwhelmed by the libertarian takeover of the state over the past decade, and it’s showing no signs of slowing down. According to the New Hampshire Liberty Alliance, around 150 legislators in NH are libertarian, and that number grows each year. According to the CATO Institute and the Frazier Institute, New Hampshire is the freest (least progressive and most bigoted) state in the union, and the trend is showing signs of continued libertarian proliferation in our once great state. Many progressives are leaving while they can. We are here to help any progressive or other non-libertarian who wishes to move to a better state.