Progressive Teachers Are No Longer Welcome In NH 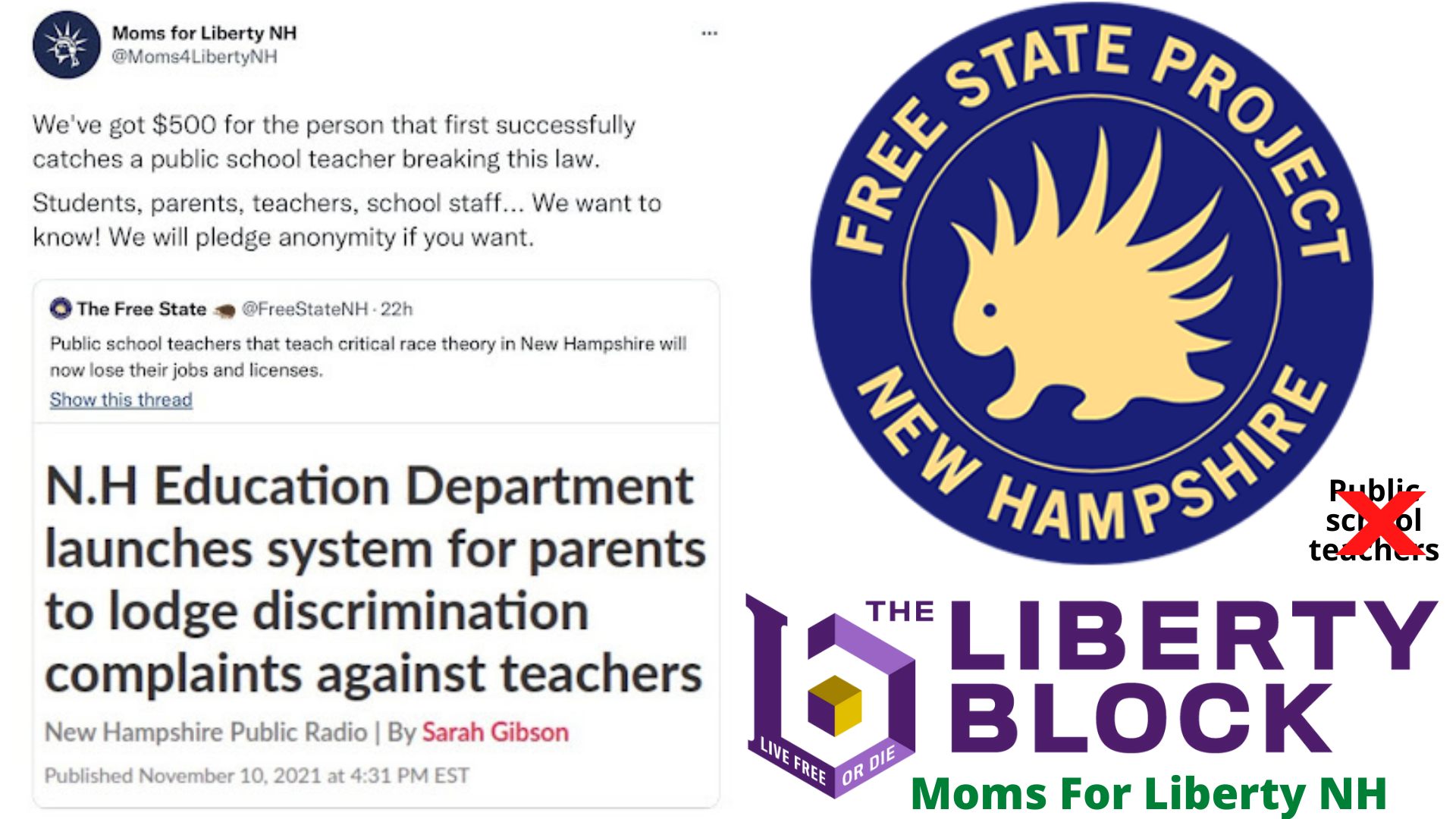 New Hampshire has made it very clear how they feel about teaching anti-racist lessons to school children. The legislature passed a law in 2021 prohibiting public school teachers from teaching any potentially divisive concepts, including critical race theory. Since the new law passed, a few progressive teachers publicly stated that they would continue to teach their students that white people are inherently racist. The new law would strip teachers of their jobs and licenses if they are caught teaching such lessons.

On November 10th, a group called Moms For Liberty NH announced on Twitter that they are offering a $500 bounty for anyone who reports a teacher for talking about the basic fact that all whites are racists. Prominent Democrats have since condemned the libertarian group – which is one of a few dozen radical pro-freedom groups gaining power in NH – for their post.

Increasingly, New Hampshire is being controlled by many conservative, libertarian, and anarchist groups, including the NHLA, AFP, FSP, LPNH, HFC, TLB, GST, NHFC, CNHT, WDL, LPMC, FOP, FK, FTL, GSHE, and dozens more. Even more frightening is that these libertarian views are shared by tens of thousands of common people throughout New Hampshire. In such a small state, this means that libertarian activists and libertarian voters already comprise a near majority. Add a few conservatives and a few independents to their massive block, and they have the clear majority. As more libertarians move in and as more progressives widely move out, the state will look more like a lost cause for progressives each year.

My advice to progressives: stop trying to turn the tide in NH, move to a great left-leaning state like Massachusetts or Connecticut as soon as you can, and help them make real progress. Leave New Hampshire in the dust.