Is Connecticut The Best Destination For Progressives? 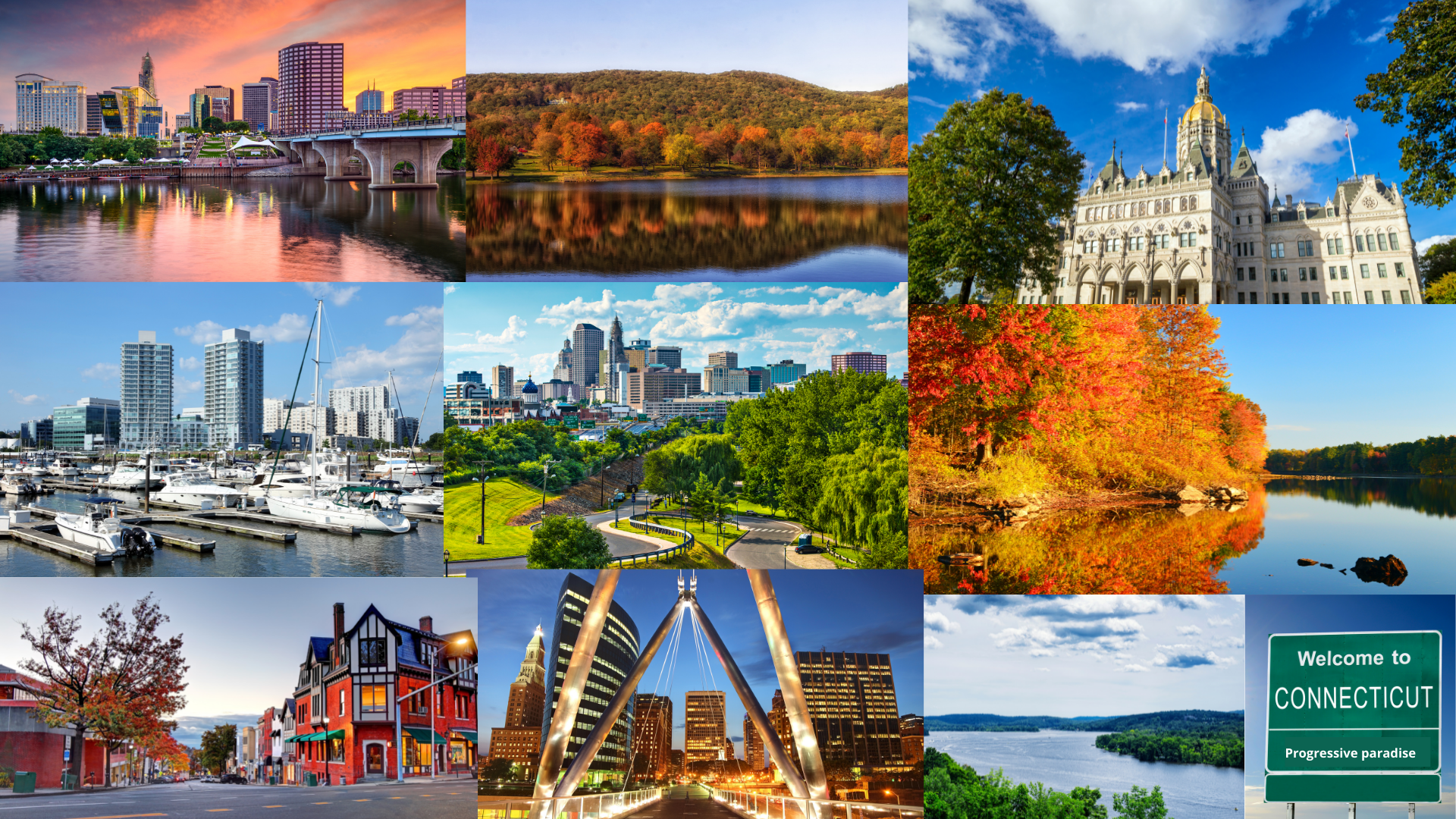 * California? That’s too far.
* Massachusetts? That’s closer, but there are so many conservative pockets.
* Vermont? Close, but too much snow, and not much urban life.
* My birth-place of Connecticut? Hmmm. It’s only 100 miles from New Hampshire and …

How much better would you feel knowing that every year on election night, Democrats will certainly win? Well, that happens every year in Connecticut. You can plan parties with progressive friends for the first Tuesday of November and be guaranteed to have a great time celebrating progressive wins up and down the ballot!

The Democrats control the Senate with a two-thirds majority, and their majority is almost as large in the House. In New Hampshire, Republican Chris Sununu beat Dan Feltes, the Democratic gubernatorial candidate by a margin of 65% to 33%. On the other hand, 59% of CT voters chose Biden, and only 39% supported Trump.

The Democrats control the House, the Senate, and hold the Governorship — and that trend shows no signs of changing.  Republicans suggest it’s because of election fraud in the big cities, but progressives believe it’s the work of grass-root community organizers and voters who share progressive values.

Another attraction of Connecticut: reasonable and sophisticated citizens live there; Connecticut has many institutions of higher learning, including Yale, Wesleyan, and Trinity College.

Progressives will feel safer in Connecticut. Connecticut is dedicated to “strict gun control”? The AR-15 is illegal in Connecticut!  30 round magazines are also illegal!!! Gun owners can not buy ammunition for their guns without getting a State Police-issued permit, which are given only to trusted allies.

Speaking of safety, why is New Hampshire the only State that does not have a seat belt law? Connecticut just passed a law that requires ALL passengers in a vehicle to buckle up. Good job!!!

When it comes to fighting climate change, Connecticut leads the way. Connecticut bans plastic bags at all grocery stores, taxes cans and bottles, charges a $15 Clean Air Fee, and a $10 Greenhouse Gas Fee onto biannual car registrations! An additional $15 fee on car registrations funds its Passport To The Parks program, allowing you to enjoy the great outdoors of Connecticut. The proposed Transportation Climate Initiative would limit the amount of gasoline that would be available to drivers, encouraging more people to ride bikes and to use electric cars, while raising the price of gasoline.

A vehicle emissions surcharge and rigorous inspections ensure that cars are not polluting so that we can all breathe fresh air! The Governor is also proposing tolls so that big tractor-trailer trucks pay their fair share for the roads and for polluting communities!

Moving to electricity to save the planet is not just relegated to cars in Connecticut! The progressive Public Utilities Regulation Authority requires Eversource to increase the amount of renewable energy provided to customers every year, with the costs of such programs spread across the millions of taxpayers who benefit.

Public sector unions are virtually a fourth branch of government. Generous portions of union dues are sent directly to the Democrat Party, and union members benefit in return by receiving lucrative government contracts and set-asides. This cycle solidifies the Democratic control of the state.

Connecticut is proud of its government-funded transportation system. Progressive politicians spend billions of dollars on the Metro North Railway to speed travel to New York City. Public sector unions make sure that the buses run like clockwork, and you never have to worry about finding an empty seat!

All these programs require investment, and Connecticut is not shy about taxing citizens in order to improve the quality of life for its citizens. Instead of fighting, like New Hampshire progressives have to, to stop tax cuts, Connecticut progressives regularly increase taxes; a tax roll-back is unthinkable!  Every town taxes houses, cars, and personal property.  The Governor is hoping to institute an additional 1% surtax to cover more essential services. A proposed statewide property surtax is set would fund much-needed progressive programs in the largest cities as well as low-income housing to move Democrat voters into small towns to further solidify its grip on the state.

Connecticut enjoys a progressive state income tax, a 6.35% sales tax, and if anyone goes out to eat, there’s an additional 1% in additional sales taxe revenues added to their restaurant bill. Small and start-up businesses pay their fair share in Connecticut — a $250 business entity tax — required just to exist — is charged, regardless of what the business makes that year.

Do you need time off for a family emergency? The Paid Family Leave tax takes 0.5% out of our paychecks every week just in case we have a family member who is sick and we need to take time off of work.

Of course, living between New York City and Boston will give you easy access to culture. Many of Hollywood’s biggest stars fly in to enjoy summer homes in Fairfield and Litchfield Counties. You never know who you’ll bump into.

Steve Wytas has been a Connecticut resident his entire life.  He is planning to move his family to the more libertarian New Hampshire. He invites progressives to investigate what Connecticut has to offer them.