Why Progresssives Should Give Up On New Hampshire 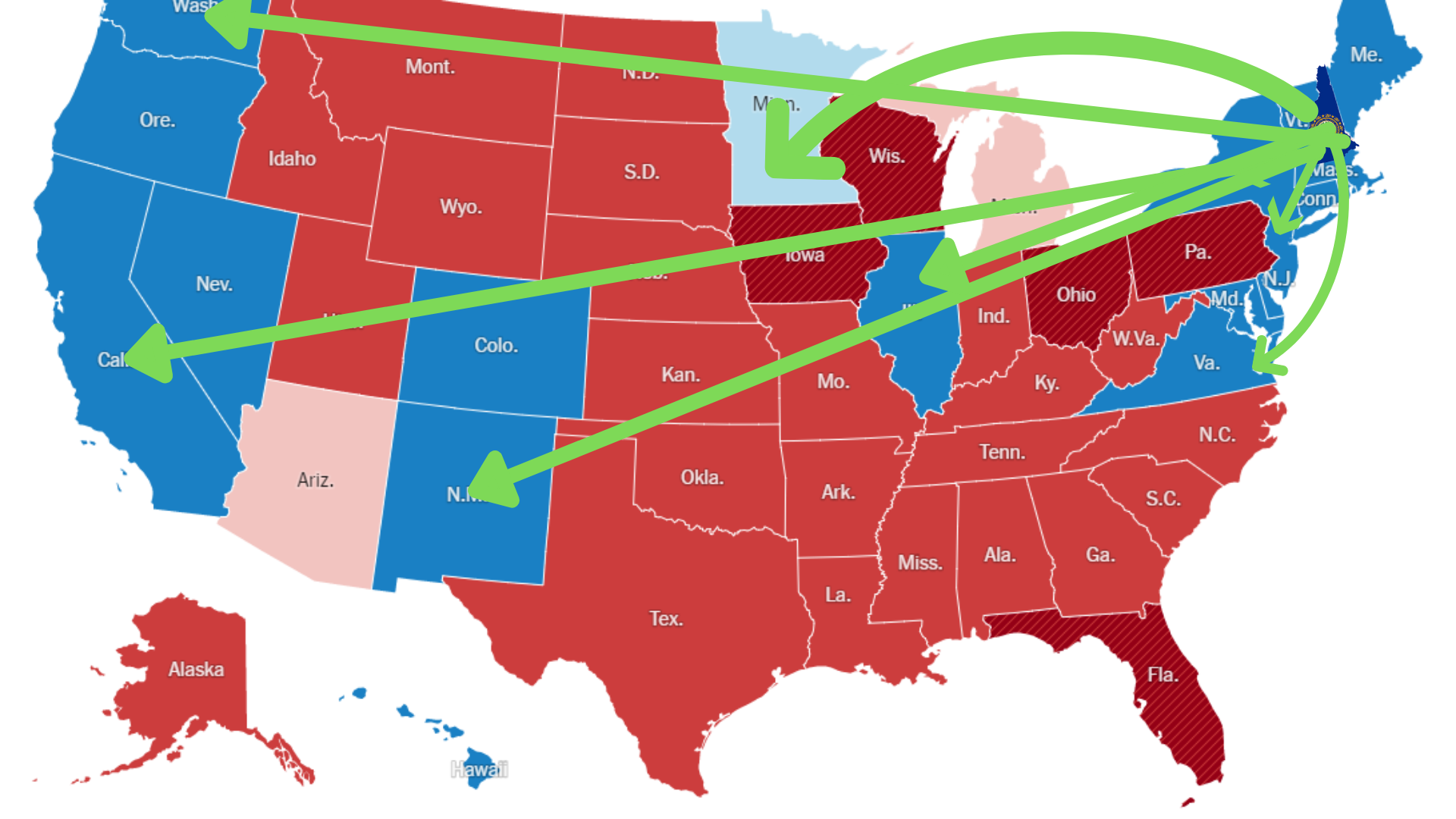 Let’s face it, folks. New Hampshire has been trending conservative and libertarian for years, and it’s showing no signs of changing directions. Going back decades, the state becomes increasingly unappealing and even hostile to progressives and anyone who isn’t a hardcore conservative libertarian.

In 2017, the state abolished the requirement for a person to obtain a permit before carrying a concealed gun. Now, any person in New Hampshire who is not a felon can legally carry any gun openly or concealed. The state pretty much has no gun laws anymore, so the libertarian legislators are now trying to nullify federal gun laws. Legislation to ban federal gun control enforcement failed last year due to some Republican in-fighting about technicalities, but the bill had broad support, meaning that it could pass into law in 2022. Nullifying federal gun laws could put machine guns, silencers, and other dangerous weapons into the hands of every Granite Stater before the end of next year. If that is not the kind of state you want to live in, consider relocating to a state with stronger gun control.

New Hampshire has terrible funding for public schools, and matters are only getting worse. The measly state education budget is much lower per student than Vermont or Massachusetts, and it grows much less than inflation each year. In 2021, the Republicans dealt what may be a death blow to the state’s struggling education system by creating a program that draws a potentially massive amount of money out of the public school system. The pandemic caused many parents in NH to home school, and a large portion of them do not intend to send their kids back to public schools, and they now want their tax dollars to be returned to them because they won’t be using the government’s school system anymore. The state and its politicians do not support public schools, and the 2021 legislation also included a ban on teaching children ‘critical race theory’. Parents in NH can pull their kids out of school and home-school them without any oversight by the state. The attacks on teachers and school board members in New Hampshire are vicious and show no signs of relenting anytime soon. Anyone who values public education would be wise to look elsewhere if they are hoping to educate their children.

One of the best things about New Hampshire was that it did not restrict abortions in any way. It was one of only 8 states that allowed women to have abortions without getting involved in their reproductive health decisions. The Republicans used the budget bill to ban all abortions after 24 weeks, instantly making New Hampshire one of the worst states for reproductive health. Anyone who performs an abortion when there is ‘a substantial risk that the fetus is 24 weeks old’ will now be guilty of a felony in New Hampshire. Women who support reproductive rights and don’t want men controlling their bodies should look to states that are expanding abortion rights, like Massachusetts and New York.

As perhaps the most capitalist state in the US, New Hampshire has a $7.25/hour minimum wage, a weak social welfare system (possibly the weakest in the US), and few economic regulations at all. Recently, the Republicans cut every tax, and totally eliminated the tax on dividends from investments, making it even easier for rich capitalists to become even richer. If you are sick of rich conservatives refusing to pay their fair share of taxes, look anywhere but New Hampshire.

All of the above libertarian conservative policies encourage radicalization of the right-wing residents of New Hampshire. If you don’t live here, you can’t imagine what it’s like to experience constant rallies of conservatives and libertarians carrying Glocks and AR-15s openly on the steps of the State House. Every few weeks, hundreds of these extremists gather at the capitol and yell about how much they hate the government, often through bullhorns and professional speakers. The government and cops don’t even try to stop them anymore. A few weeks ago, one state representative filed legislation for the state to secede from the union altogether. Some reports claim that the legislation might already have ten co-sponsors, which is the maximum allowed per state law. In a recent poll by the state’s largest print publication, 70% of respondents supported the legislation, which would officially put secession on the ballot for the people to vote on. With increasingly libertarian politics and the increasing polarization of the states, it seems like it’s only a matter of time before the libertarian hellhole of a state leaves the union.

The Free State Project, libertarians, and conservatives have successfully taken over New Hampshire, and it’s too late for progressives to take it back. It’s time for the left to write off the state as a loss and enjoy the other 49 states.

What an awesome state. Rights for the unborn who can’t speak for themselves to not be murdered.